In this weeks App Marketing Conversations: Ryan Morel of GameHouse, Ian Sefferman of MobileDevHQ, and Robi Ganguly of Apptentive discuss the new iPhones, specifically the M7 chip and the opportunities it creates for app developers and marketers. Watch the video here, or read the transcript below. Make sure to check out the other segments from MobileDevHQ & Apptentive.

Ryan: Hi and welcome to another edition of App Marketing Conversations. I am Ryan Morel with Game House. As always, I’m here with Ian Sefferman of MobileDevHQ, Robi Ganguly of Apptentive. How are you guys doing this morning?

Robi: Very tired. And I don’t even have kids, so. 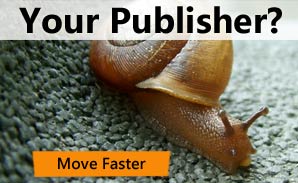 M7 chip and how app marketers and app developers can integrate that into their apps for potentially more engaging experiences. So for those of you who don’t know, the M7 chip is essentially a background process, a chip that runs in the background collecting information about your movement as well as your location. One of the interesting things that they’ve done in the architecture of this is it runs constantly without draining power and actually talking to the A7 processor. So every time you move, you’re not draining battery.

Ian: Is it relative movement, meaning like, it’s not coordinated to where you are in the world, it’s just sort of like you can move ten feet?

Ryan: It’s on the verge of making things like this kind of thingy, and other kind of motion-tracking phenomenon totally obsolete, other than the fact that this is a whole lot smaller and easier to carry than a phone. And there’s some interesting use cases, especially the one Robi and I talked about last week a little bit, was, if you’re driving somewhere and you’re getting directions, you get out of your car and you start walking, your directions change, because it now knows you’re walking, which is pretty interesting. So generally the question is, what types of new content and what types of new marketing does this open up for developers and marketers, in the first set? And B, does this change the way people use their devices and think about their phones in general?

Ian: I think that the latter question is the important place to start for marketers. What’s going to change about how consumers are thinking, behaving, what they expect out of their technology that you can capitalize on? The biggest thing that might come out of this is that… Where will technology become very common very quickly for a classic consumer? And they just expect things to understand where they are. So they expect the gas station to sort of know that they’re there and show a push, right? Or they expect to be able to go from walking, to driving, to on the bus and have their phone figure that out, and apps that integrate with their travel that don’t understand that are going to feel old, they’re going to feel behind. So I think that opportunity for marketers is to think that, especially if you’re around a location, if you’re trying to be contextually aware, if you’re not pushing forward on understanding this, you’re going to miss a whole class of consumers.

Ryan: So do you think this also starts to lead to some consolidation, in terms of the number of developers who can be successful right now? Because we get more and more technically advanced, and the resources required, contextual awareness is hard, right? Not only from just a programming perspective, but from an acquiring data perspective. Can new, two-person startups do something and compete with big guys like FourSquare?

Ian: I think, always, right. One of the truisms of technology over the years has been that the people who are truly disruptive are the people that you least expect. It is never the incumbents. And more interesting technology that allows people to build on top of it, that just allows more two people in their garage to go ahead and build the most amazing things.

Ryan: So, I know you guys aren’t as games-focused as I am, but how can you see this new M7 chip and the related services being integrated into games? We’ll start with Robi, because you just went.

Robi: Well, I think that the obvious one is introducing some more of these augmented reality situations. We talked a couple months ago about a marketing campaign than I believe Frito-Lays ran that was in conjunction with Games Company, and there was augmented reality opportunities inside of stores, like a scavenger hunt. So, if you kind of were getting a bunch of data about where people are, and you have an interesting database of how that maps to where they are in the world, you might start to be layering in augmented reality challenges to your game for a variety of reasons. Like maybe you are trying to establish an influent presence or maybe you’re working with a brand. So that can be an interesting place to go.

Ian: There’s also been some examples of people who have done, like, MMORPGs that are sort of pseudo-real life type things that this obviously makes a lot cooler. It sounds like you could do some really interesting things around location and building up an RPG-type game, things like that as well.

Ryan: Yeah. We’ve been waiting for five years for location-based gaming to be interesting on a like scale, so I wonder if this is maybe starting to move down that path. OK. Anything else you guys want to add here?

Robi: I definitely think consumer expectations around wearable technology are changing a lot faster than I would have guessed two years ago, even. And this is going to accelerate it.

Ryan: I have one other point here. I think the interesting thing that’s happening and kind of further makes Apple’s ecosystem stronger, is they kind of just take this tech that’s pretty interesting and give it out to developers and say, “Build my ecosystem. Go forth and bring in customers for me.” It’s really interesting, right?

Ryan: Yeah, yeah. I think it’s really interesting. OK. Thanks very much, guys, get some sleep. Like this video, subscribe to our channel, and make sure to check out the other segments.