In this weeks App Marketing Conversations, Ryan Morel of GameHouse, Ian Sefferman of MobileDevHQ, and Robi Ganguly of Apptentive discuss a recent Flurry report about the increase in number of apps developed outside the US. As the app ecosystem becomes more global, are we finally reaching the point where developers can publish regionally specific content outside the US? Watch the video, or read the transcript below to find out!

Ryan: Hi, and welcome to this week’s App Marketing Conversations. I am Ryan Morel with GameHouse. As always, I’m here with Ian Sefferman of Mobil DevHQ, Robi Ganguly of Apptentive. How are you guys doing?

Ryan: So an interesting report came out this week from Flurry, I believe, about some of the change in demographics related to, or the number of games being developed and subsequently played on the app store.

So, obviously, we’re seeing an increase in the number of apps available and the people using them, but the globalization of where this content is coming from.

So I think the open question for you guys is, if you are a new developer, especially one outside of the US, how do you think about entering the US market as a whole?

Robi: Great question. I think, by default, I’m a homer. That’s just, that’s the way I am, and it’s hard to break into other territories. There’s no doubt in my mind that the app ecosystem in general is incredibly global and there’s no reason why you shouldn’t be able to be successful outside of what other country you developed in, but it’s clear that there are certain places which are easier to understand culture and the impact than in other places. The US is actually probably easier to 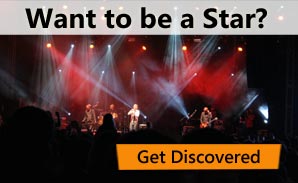 understand. I think, like, most other countries sort of follow you as a culture, and so if you’re outside the US, like, making sure, I guess the primary point is follow the culture. Make sure you actually understand the audience, right? It goes without saying, understand the customer.

Ian: I mean, I don’t know if I was outside of the US that I would think much of this. It doesn’t feel like the options have changed that much.

Ian: If I was outside the US and if I was like “Oh, it’s gone down a few percent,” well, I’m either developing in English and launching in the US or I’m not.

Ian: I think my decision making as an external development isn’t that different. I think if I’m successful in the US I might start looking a little bit more aggressively internationally, and I think we’ve been banging the drum on international for a while. I think there’s a lot of opportunity there.

Ryan: Yeah. So maybe the second part of the question then is do you even need to, right? I mean, if you’re a developer in China, Slovenia, or whatever other country, you’re producing a lot of content, is the market outside of the US big enough that you don’t even need to worry about it? Or not worry about it, but maybe not target it first?

Ian: And the interesting thing that was also in that study, I think, was if you look sort of by country of usage who developed the apps that they were using, it was like, China, China was a small percentage for every country except for China, where it became, like, 64 percent, right? I mean, every other country was, like five or ten percent.

Ian: And that’s actually, that’s super interesting, right? Because, like, certain places it’s hard to figure out the culture, and China’s one of those places. Certain places they know that they have a market in their own country. China’s an integrated, another great example of that. So I think, yeah, it kind of depends on the country, but if you’re China, if you’re potentially India, Brazil, those guys have big markets.

Ian: I think you’re okay. What do you think?

Robi: I don’t have much more to add. I think, on that point, I think Ian’s right. I think it’s pretty simple. Yeah.

Ryan: Okay. So ultimately the message here is the data’s kind of interesting, but it doesn’t really change behavior, but we might be getting to a point where the app ecosystem is big enough depending on your region and your country, that maybe the US isn’t necessarily your target market, and that probably works best.

Yeah? Cool. Okay, thanks for watching. Make sure to check out segments from Ian and Robi where they talk about changes to the app store algorithm.